Happy 2018 from the Karlsson lab cryptogenomicists

By karlssonlab | Happy Holidays | No Comments 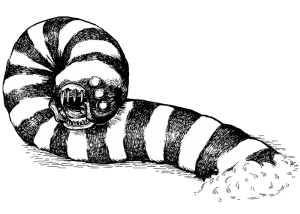 Our holiday card is out, featuring the remarkable illustrations of Kathleen Morrill. In this year’s card, we set out as intrepid explorers to swab and sequence the fantastic beasts of lore (and poke gentle fun at our far-ranging projects and diverse mix of species). This year’s card is accompanied by our field guide “Fantastic Beasts and How to Swab Them”.

By karlssonlab | Happy Holidays | No Comments

We began 2016 as a little group with big ideas for the future of science. In addition to our ongoing work on infectious diseases, our citizen-supported research project “Darwin’s Dogs” had just launched, and we were eager to see how it would be received. Now, as we greet 2017, we find ourselves having become not quite so little. Over the past year, we’ve welcomed the Broad’s Vertebrate Genomics group, added our first three graduate students, and signed up nearly 12,000 Darwin’s Dogs. The number of species we study has grown by nearly 100 fold, and now covers everything from the Aye-aye to the White Rhino (we should really consider adding a Zebra). Meanwhile, our dog-owning citizen scientists have answered over one million survey questions. As we look back over the last year, we are incredibly grateful to everyone who has helped and supported us in this transition. We have experienced collaborative science at its very best.

In this year’s card, we pay homage to the scientists and explorers that came before us, and on whose shoulders we stand. As we venture forth into a new year of discoveries, may we continue in their intrepid spirit.

Our best wishes for a 2017 filled with exploration,

P.S. You can sign your dog up – whether purebred or pure mutt – at DarwinsDogs.org!